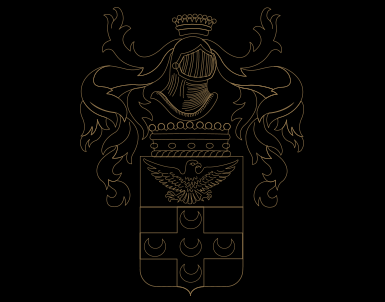 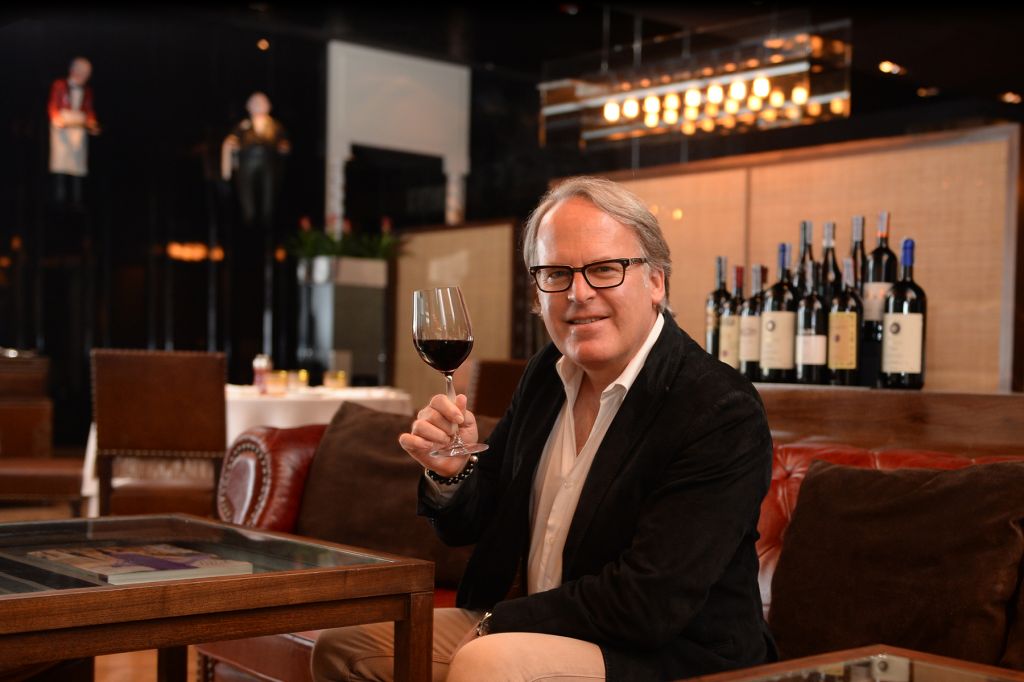 After tasting almost 170 2018 Brunello di Montalcino, here’s everything you need to know about the vintage and the wines.

For Brunello fans who love fragrant wines with energy, elegance and balance, you are going to love the soon-to-be-released 2018s. I haven’t been this excited by a recent vintage since the classic 2013s were released five years ago. And the best part is that thanks to improvements in vineyard management and cellar practices, many of the 2018s are already approachable but the best also promise years of pleasure and evolution.

Unlike the many dry, scalding vintages of the 21st century – think 2003, 2007, 2011, 2015, 2017, 2021 and 2022 – 2018 was cooler and wetter. In other words, a blast from the past in terms of weather in the denomination. As Susanna Padelletti, who owns the historic family firm of the same name along with her son and daughter puts it, “2018 was the last year Montalcino had a continental climate.” Made from vineyards located in the northern part of the denomination, Padelletti’s 2018 is outstanding.

Coming on the heels of the extremely dry and scorching 2017, 2018 benefitted from average rainfall and snow in the winter. Higher than average temperatures lasted until late February, when there was a sharp dip in temperatures and snow throughout the denomination. This was followed by light snow, rain and minimum temperatures below 0°C and maximum 15°C in March. Sporadic rain and cool temperatures continued in April during bud break before surging suddenly in the middle of the month.

May was defined by frequent, abundant precipitation but high temperatures encouraged excellent vegetative development, with flowering occurring at the end of the month. By this time, the water reserves accumulated in the soils enabled the vines to stand up to the high but not excessive temperatures in June and July. August was marked by intermittent rain and normal temperatures that fell sharply at the end of the month, impacting grape maturation. The first half of September saw some rainy days the first week followed by good weather and maximum temperatures of 30°C that helped the ripening process. However, heavy rain and lower temperatures of around 20°C in the second half of the month drove some producers to anticipate the harvest.

When a producer harvested in 2018 was crucial.

“We started harvesting on September 27 and finished on October 6,” says Francesco Ripaccioli, who owns and runs the family-owned Canalicchio di Sopra estate along with his brother Marco and sister Simonetta. “Here in the north, where clay soils can retain water, we particularly benefitted from the Tramontana, the northern wind that dried the grapes and concentrated acidity and polyphenols before the harvest.”

Besides harvesting at the right moment, the riskiest decision for all winemakers, the Ripacciolis also performed a pre-harvest to eliminate unripe grapes. The results are gorgeous, beautifully balanced, vibrant and elegant wines, including my only 100-point rating for the vintage.

Ripaccioli compares the 2018 vintage to the 2008, an overall undervalued vintage that was cooler and fresher than the big, bombastic 2007s. While the brawny 2007 Brunellos garnered all the attention and overshadowed the more elegant and vibrant 2008s, in general the 2007s have not held up over the years. The best 2008s on the other hand are showing beautifully now , like Canalicchio di Sopra’s 2008 that I tried in late November and that I scored highly when it was released ten years ago (read my report on 2008 Brunello).

While the 2008s were a mixed bag of highs and lows, the overall quality across the board for the 2018s is extremely high, demonstrating the know-how and experience of the producers has increased in the last decade.

While some producers say 2018 was a tough year, Alessandro Mori, owner and winemaker of Il Marroneto along with his son Jacopo, isn’t having it. “I disagree with producers who say 2018 was a difficult vintage. Because every vintage, for one reason or another is difficult. We’re growers and producers, it’s part of our job to know how to handle whatever Mother Nature hands us.” The Moris nailed it, and their dazzling 2018s are stellar.

Luminous and radiant, the 2018s beautifully reflect their individual terroirs, offering a transparency that the burly, warm 2017s and 2015s lack. With the exception of the top 25 or so producers, even many of the 2016 Brunellos, from what in terms of climate was a far superior vintage to 2018, don’t reflect their unique terroirs to the extent that the 2018s do across the denomination.

The 2018s have fresher acidity than recent vintages, more energy and fragrance, and with very few exceptions, lower alcohol levels compared to the last three vintages. The also have more refined tannins, all of which allows their different growing zones to shine through.

Single Vineyards on the Rise

The 2018s also allowed the many different subzones to shine through as a whole. For example, many of my highest-scoring wines, including Le Chiuse, Il Marroneto and Fuligni, hailed from vineyards in the classic area just north of Montalcino, where the area’s legendary and celebrated elegance shines through with pristine clarity. Immediately south of Montalcino, in the area known as Podernovone, Gianni Brunelli, San Polino and San Polo excelled while most producers in Castelnuovo dell’Abate produced excellent wines overall, including Mastrojanni and Poggio di Sotto.

As in all denominations including Barolo for example, not all single vineyard or cru offerings translate into superior quality. Today, more than the vineyard, subzone or vintage, the best guarantee to investing in a great Brunello is the name and reputation of the producer.

Most of the 2008s are going to be drinking beautifully right out of the gate, thanks to their refined tannins. But don’t let this fool you: these are not lightweights. While they don’t have the massive structures that have become common in Brunello recently, many are full-bodied while others are medium-bodied, and the best have the vibrancy and intensity to age well until 15-20 years after the harvest, while some will age even longer.

Other new releases
Besides the 2018s, the 2017 Riservas are also being released shortly. While tasting notes will be uploaded soon, suffice to say that 2017 overall was not a year for Riservas. Most of the wines were monolithic and dominated by alcohol.

I also tried two just released 2016 Brunellos from Paradiso di Manfredi and Fonterenza that release their wines later than other producers. They both showed very well.

I also tried one of the most exciting wines of my tasting last week in Montalcino: Le Chiuse 2013 Brunello Riserva Diecianni. As some readers may recall, I gave the firm’s 2013 Brunello 100 points when it was released five years ago. The 2013 Riserva, made from the oldest vines and then aged ten years before release almost five of which in bottle, is absolutely magnificent. Ready to try now, it will also age for decades, as only the finest Brunellos can. 100 points. 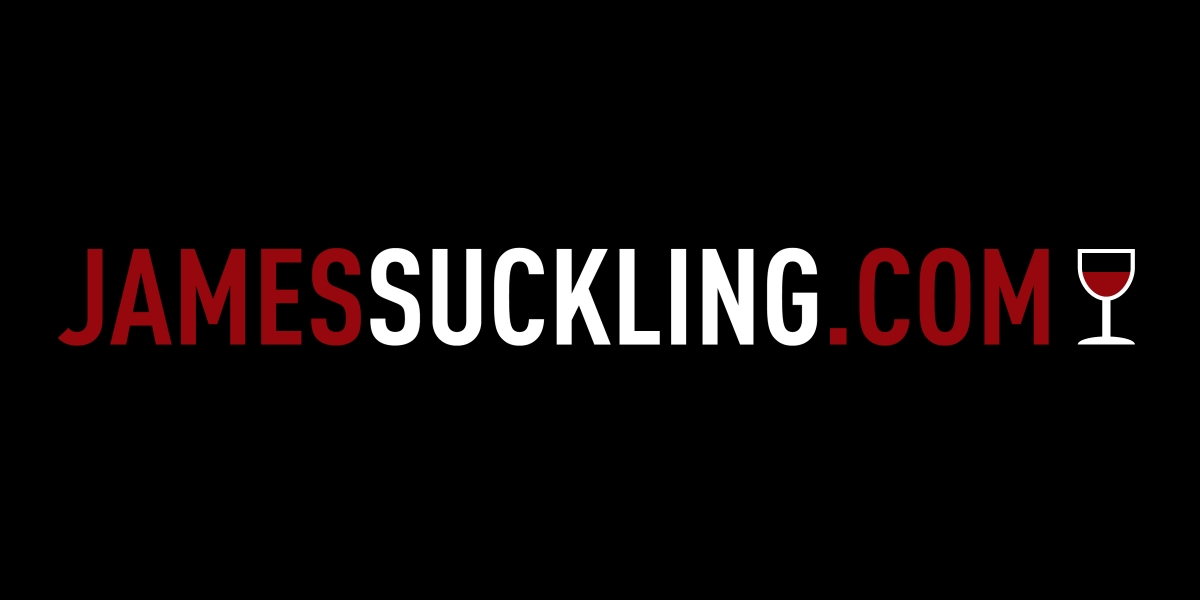 We have been wrapping up our tastings of 2018 Brunellos this week in the Hong Kong office, and they’re shaping up to be more balanced and drinkable compared with the chewy and tannic 2017s while not as structured or powerful as the great 2015s and 2016s. But there are some exceptions that will be discussed in our coming 2018 Brunello report.

Our two highest-scoring Brunellos this week are Ciacci Piccolomini d’Aragona’s Pianrosso 2018 and Altesino’s Montosoli 2018. The northern hill of Montosoli has excelled in 2018. Altesino’s Montosoli 2018 is on par with the great 2015 and 2016 vintages, and it displays fantastic aromatic complexity of fresh and dried fruit and savory iodine character, with finely knit tannins. On the opposite, southeastern slope of Montalcino, fruit from the Pianrosso vineyard produced a 2018 Brunello vintage full of depth and intensity. Alex Bianchini of Ciacci Piccolomini d’Aragona told us in a Zoom interview that 2018 “is a surprise vintage because it plays in elegance and finesse.” 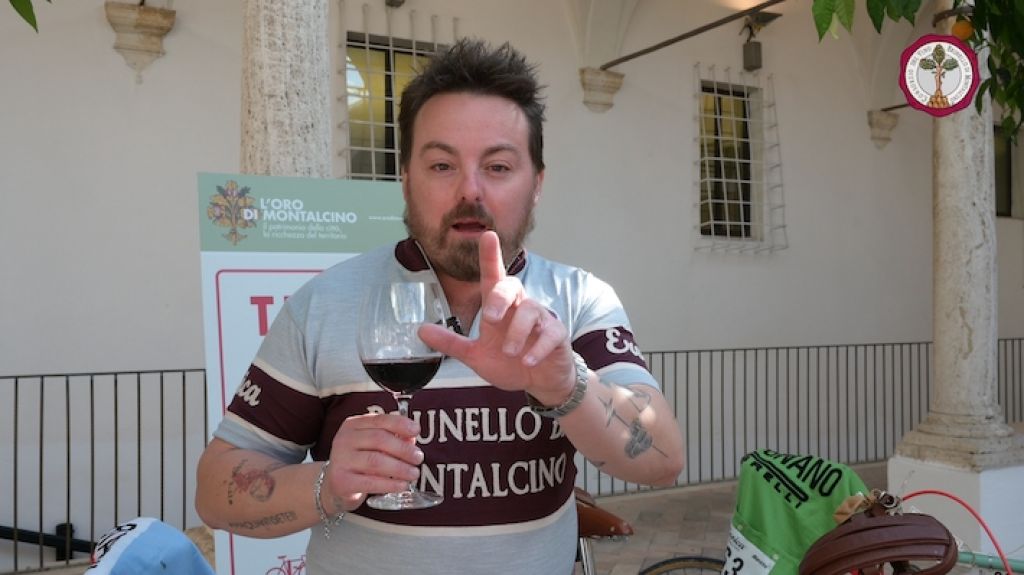 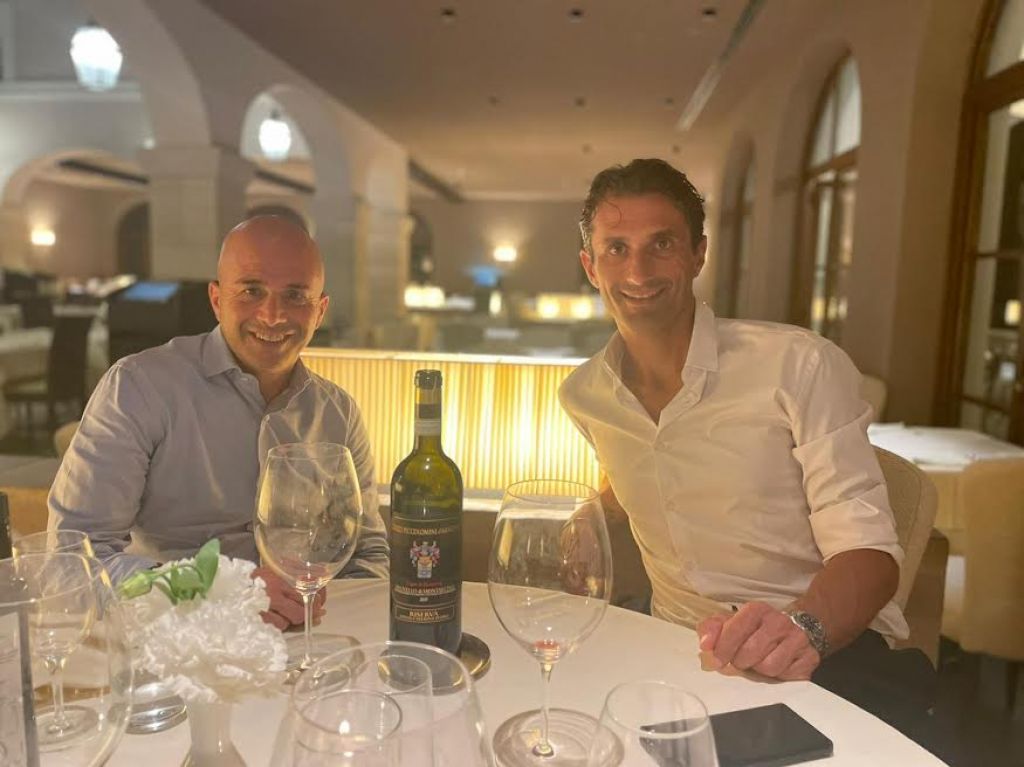 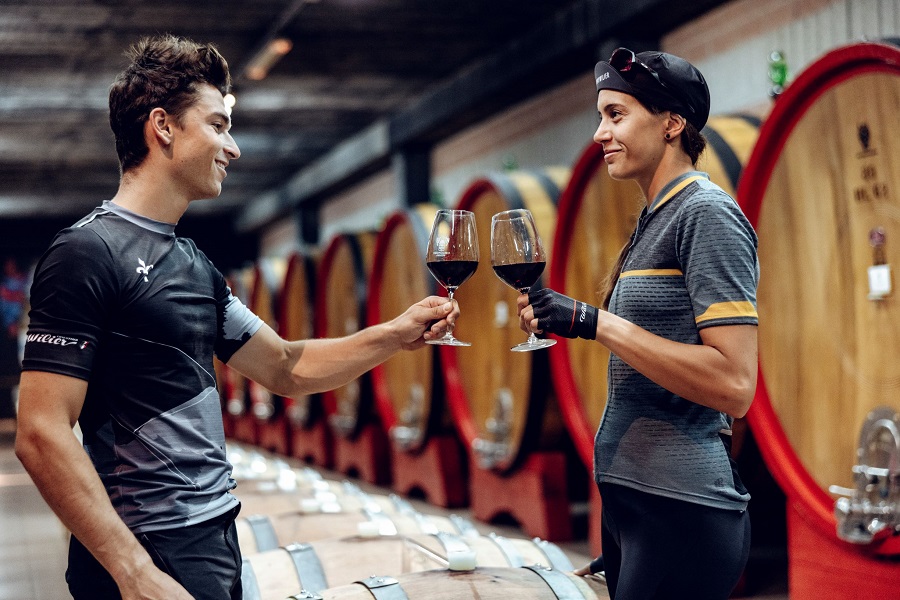 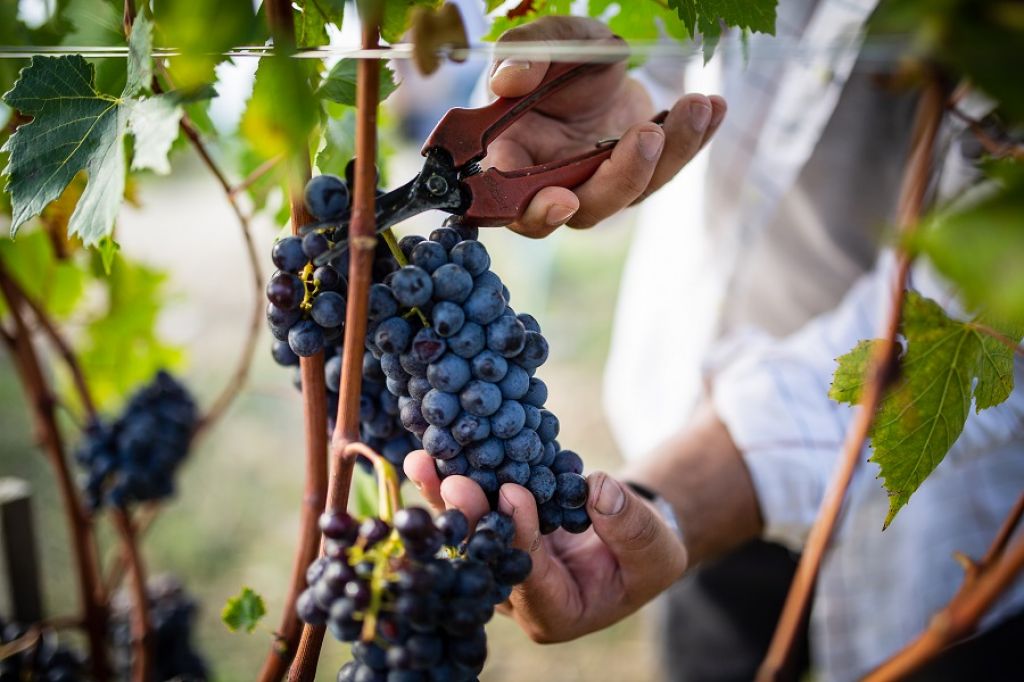 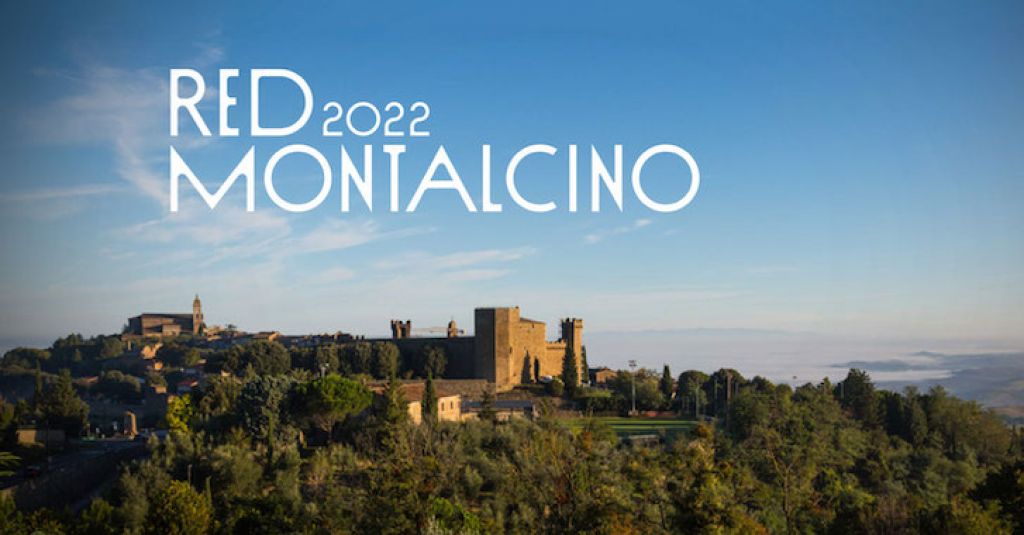 Petizione per dedicare stadio a Bianchini